Polysaccharides are long chain carbohydrates that are made up of various monosaccharides connected by glycosidic bonds. These molecules can range from the very simple to the more complex carbohydrate molecules.

Some examples of polysaccharides would be chitin and beta-glucans, which make up the cell walls of fungi. Cellulose, which is what plant cell walls are made up of are also polysaccharides. So are sugars like glucose and fructose.

Polysaccharides are considered to be one of the most commonly mentioned active compounds in plants and fungi. Specific types of mushrooms like reishi (Ganoderma lucidum), turkey tail (Trametes versicolor) and Maitake (Grifola frondosa) possess high levels of polysaccharides. 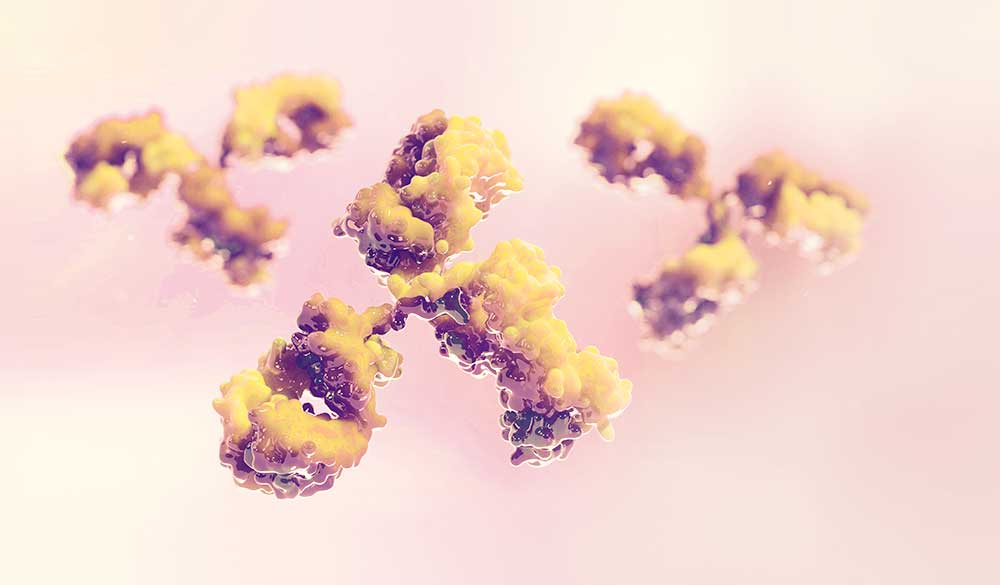 Now that we’ve defined what polysaccharides are, we will look specifically at the polysaccharides you find in fungi. Fungi will contain small amounts of glycogen, but the primary polysaccharides are beta-D-glucans. Beta-glucans come in various forms, but the main one in fungi have what is known as 1-3,1-6 branching also referred to as (1-3)(1-6)beta-d-glucans. These are specific to fungi and yeast. Oats also contain beta-glucans, but they have a different branching structure, which are (1-4)beta-d-glucans.

This is important because the bulk of the medicinal mushroom research is based on the effects of these beta-glucans.

A medicinal mushroom product should quantify the beta-glucans so you know the important medicinal compounds that much of the research is based around are present. This will help you in making an honest decision when selecting the right mushroom product.

Glucan is a glucose polymer derived from mushrooms (such as Ganoderma, Antrodia, Cordyceps, Brazilian mushroom, Yunzhi, etc.), beneficial bacteria, fungi, yeasts, and plant cell walls. It is a unique natural substance. It cannot be synthesized by chemical methods, but its properties are stable. Especially the mushroom extract has the best effect. In a variety of dextran polysaccharides in order to extract from mushrooms like β- glucan polysaccharide most suitable for human consumption, drinking or made injections.
Glucan glucose polymer is one of the macromolecular components that constitute the cell wall structure of plants, yeasts and fungi. Glucan has the functions of regulating the immune system, anti-cancer and antibacterial, and lowering cholesterol , so it has a wide range of uses in the medical field. It has also been approved by the Food and Drug Administration (FDA) in the United States. A safe food additive.

​Polysaccharide is one of the greatest contributions of modern science to mankind. It can be taken orally to enhance human immune function. Its anti-cancer function is also a scientifically proven fact. In addition, oral glucan can also enhance human resistance to infectious diseases such as bacterial viruses and parasites; oral glucan can play a very good role in patients with diabetes, high blood pressure, hyperlipidemia, hepatitis or respiratory allergies . treatment effect. In recent years, it has been discovered that glucan has a good effect on the rapid healing of skin wounds. The effect of glucan on skin care is also considered to be better than collagen, and it has a very good effect on preventing aging and preventing ultraviolet rays. , Add to unexpected performance in cosmetics. At the same time, glucan is also used to prepare various clinical and medical liniments, with outstanding results.

In recent years, research on polysaccharides has focused on anti-cancer functions. The main function of polysaccharides is to enhance the activity and phagocytic ability of macrophages that exist in higher mammalian tissues, through the enhancement of serum and cellular immunity. And achieve the function of anti-cancer and disease.

In recent years, studies have found that the polysaccharides produced by the fruiting body of the mushrooms, such as Ganoderma lucidum, Schizophyllum, Cordyceps, Hericium erinaceus, etc., have strong anti-cancer and disease-preventing functions. Polysaccharides can not only increase the phagocytic capacity of macrophages, but also increase other functions of the immune system. Polysaccharides can also enhance the bacteriolytic function of the complement system in the plasma of higher mammals. The research results in recent years have confirmed that polysaccharides achieve their anti-cancer activity by improving the immunity of the human or animal body.

Polysaccharides can promote the secretion of cytokines (IL-1 and IL-2) to increase the number and function of T cells. Polysaccharides can increase the differentiation of natural killer cells, thereby strengthening natural killer cells in the body And the ability of macrophages to directly attack abnormal cancer or tumor cells to achieve the anti-cancer effect. In addition to effective anti-cancer and anti-cancer effects of improving immunity, polysaccharides also have a positive application effect on various diseases of immune deficiency, such as immune decline in the elderly and acquired immune deficiency syndrome. Polysaccharides enter the human body through receptors on blood cells, and the acceptance of polysaccharide molecules of different sizes will be adjusted and released and activated various immune responses to enhance the cell activity of the human body and achieve the purpose of disease prevention.

dextran polysaccharide pervious activity of immune cells, such as macrophages ,, T lymphocytes, B lymphocytes and natural killer cells, To enhance the overall immune function, and help the body to resist pathogens more effectively.

Glucan can improve the body's defense mechanism and enhance the aggressiveness of immune cells, so it can enhance the body's anti-cancer effect and inhibit the formation and growth of tumor cells.

3. Prevention and treatment of diabetes

Glucan has the effect of strengthening the immune function, so it can improve the body's resistance to pathogenic bacteria, such as Staphylococcus, Escherichia coli, Candida albicans, etc.

Allergy is caused by the unbalanced development of the body's immune system, and dextran has the function of two-way regulation of the immune system, so it can effectively improve and prevent the occurrence of allergic symptoms. In addition, glucan can also provide probiotic nutrients in the intestines and promote the growth of probiotics. Therefore, if the two are used together, the anti-allergic effect will be greatly improved.

MECHANISMS OF IMMUNE ACTIVATION BY BETA-GLUCANS

Beta-glucans are potent immunomodulators, with effects on both innate and adaptive immunity. Beta-glucans act on a diversity of immune related receptors, in particular dectin-1 and CR3, and can trigger a wide spectrum of immune responses.

Dectin-1, which is a type II transmembrane protein receptor that binds (1-3) and (1-6)-beta-glucans, can initiate and regulate the innate immune response. It triggers effective immune responses including phagocytosis and pro-inflammatory factors production, leading to the elimination of infectious agents.

Although the principle underlying betaglucan effect is not fully known, it seems that its biological activity is based on its interaction with specific beta-glucopyranose receptors present on leukocytes, and water-soluble glucans show better efficiency. In an acidic environment, the biological efficiency of beta-glucans is reduced, but molecules of (1-3)-beta-glucan are relatively resistant to the acid in the stomach.

It is best to know the specific beta-glucan amount of the mushroom rather than the total polysaccharides, which accounts for all polysaccharides and not just the beta-glucans. For example, alpha-glucans (starch-type polysaccharides) are present in large amounts in foods such as grains, corn and rice. These foods may be used as substrates for growing mushrooms and may end up in the final mushroom product, elevating the polysaccharide levels and giving a false positive for the medicinal beta-glucans.

The beta-glucans from mushrooms can have anti-cancer activity, while the same can not be said for the alpha-glucans. Six mushroom preparations have shown clinically significant efficacy against human cancers: lentinan (from shiitake), schizophyllan (from splitgill), active hexose correlated compound (AHCC) (from shiitake), maitake D-fraction (from maitake) and polysaccharide-K/polysaccharopeptide (PSK/PSP) (from turkey tail).

Extensive research in this area over the last 40 years has demonstrated that mushrooms have potent antineoplastic properties that slow the growth of tumours, regulate tumour genes, decrease tumoural angioneogensis and increase malignant-cell phagocytosis. The evidence base for using mushrooms in cancer treatment has greatly increased in the past five years.

Studies have also shown that medicinal mushrooms can be used in conjunction with antineoplastic agents to increase the efficacy of chemotherapy and radiation, the mainstay treatments for most cancers. Research has shown a high safety profile for mushrooms and a lack of negative interactions.

Chemotherapy must penetrate the tumour and accumulate within each cell to induce cell cycle arrest and apoptosis. PSK, reiishi, maitake and cordyceps have been shown to increase the effects of chemotherapy, usually by increasing the dose of chemotherapeutic agent that accumulates within a cell.

Maitake D-fraction, extracted from Grifola frondosa (maitake), was found to decrease the size of lung, liver and breast tumours in >60% of patients when it was combined with chemotherapy, in a two-arm control study, compared with chemotherapy alone. The effects were less obvious with leukaemia, stomach and brain cancer patients.

Two proteoglycans from Trametes/Coriolus versicolor (turkey tail/yun zhi) – PSK and PSP – are among the most extensively studied. PSK and PSP are protein-bound polysaccharides, so their actions are not necessarily directly equivalent to pure beta-glucans. In a series of trials from Japan (PSK) and China (PSP), PSK and PSP were found to be well tolerated without significant side-effects and prolonged the survival of some patients with carcinoma and non-lymphoid leukaemia.

The immune-stimulating impact that mushrooms can exert on natural killer (NK) cells, macrophages and T cells can also provide a protective effect against chemotherapeutic myelosuppression, one of the most serious deleterious effects of chemotherapy. Maitake D-fraction and reiishi mushroom have shown results with this.

Two Kinds of Acupuncture Can Relieve Pain in Cancer Survivors